Ask someone to name a Spanish cheese, apart from Manchego, and it is more than likely that you will receive a blank look, followed by a furrowing of the brow as they rack their brains for the name of some second Spanish cheese that they have obviously forgotten, just for the minute.  But perhaps they are having one of those moments, as we all do, when you just can’t remember anything.  Now ask them to name some French or Italian cheeses….yes, exactly, not one of those moments, after all.

One of the reasons that Spanish cheese is not well known, or rarely seen on the tables of the world, is that Franco and his regime banned the production of artisan cheese-making as one of the industries that was seen as threatening to make inroads into modernising and industrialising the Spanish state, something that Franco did not want to happen.  Therefore, artisan cheese-making went underground.  Fortunately though, after the death of Franco in 1975, the cheese-makers and their creativity started to shake off the repressive shackles and began producing some quality products that had too long been missing from the Spanish table.

When it comes to the amount of different cheese that is produced in Italy and France, compared with Spain, the disparity is quite incredible. It is generally agreed that Italy and France both produce around 400 different types, whereas Spain are a long way behind with around 100 – although still a fair amount compared to other countries. Around 20 of these are classified as DOP – Denominación de Origin Protegida – Protected Designation of Origin – meaning the production is specific to a particular region and that the product is part of that select group of the country’s highest quality produce.

Apart from Manchego, there are other famous Spanish cheeses, such as Cabrales and Tetilla.  When it comes to Spanish blue cheese, Cabrales is without doubt the head honcho.  Produced in the mountains of Asturias, it is made with either sheep’s milk, or a combination of sheep and goats’ milk, and aged slowly in caves.

Tetilla is from Galicia and gets its name (meaning small breast) because of the traditional shape of the cheese – a flattened pear shaped cone. It is made by adding animal rennet to curdled milk, then left to mature for up to one month.

The geography of Spanish cheese

Spanish cheese is made from the milk of cows, sheep and goats, or a combination of the three.  Asturias is famed for its cow’s milk cheeses, and has many that are protected by the DOP. The Basque country and Navarra have DOP’s made from sheep’s milk, such as Idiazabal and Roncal respectively.  Goat’s milk cheeses are generally found in barren landscapes like Extremadura, where only goats can survive on the meagre pickings that the land offers.  Murcia in southeastern Spain with its sub-tropical mediterranean climate and scrubland is also well suited to goats. Its most famous cheese is Murcia al vino, a DOP cheese made from the milk of the Murcian goat, then submerged and soaked in wine as the name suggests.

Majoero, another cheese made from goat’s milk, hails from Fuerteventura, one of the Canary Islands, and takes its name from the Majorero goat, and has been awarded a DOP.

Zamorana is another well respected cheese, and takes its name from Zamora, a province in Castilla-León.  This cheese is very similar in taste and touch to mild English cheddar.

Burgos is not a cured cheese, and is therefore consumed soon after it is ready.  It can be made with the milk from a sheep or a cow and because it is a light, un-fatty cheese, it lends itself well to being used in desserts and cakes.

Manchego, the super-star of Spanish cheeses, is from Castilla-La Mancha, and can only be made from the milk of the Manchega sheep.

Mahón takes its name from the port in Menorca from where it was exported.  There are three versions to this cheese: Cured, semi-cured and soft.  The main difference with this cheese is that instead of being thickened with animal rennet, it is thickened instead with herbs.

How to cut and serve cheese

The eating of cheese is slightly different in Spain to that of France, and indeed England, where it is generally consumed at the end of the meal. In Spain it is usually eaten before.  Of course, this is not a golden rule, but cheese is a huge contributor to the famous tapas, which do come before a meal, or are simply enjoyed on an ad-hoc basis together with a glass of wine.  A selection of Spanish cheese on a cheese board is a simple way of hosting an off-the-cuff soirée, with the mildest being placed on the outside, getting stronger as they move to the middle.

The way of cutting and slicing a cheese is dependent on the cheese in question.  A semi-soft tangy cheese, such as Manchego and Mahón, should be cut into thin slices. Although the rind can be left on to serve in order to help people identify the cheese, it should be removed before eating.  Cabrales on the other hand, a soft and crumbly cheese, should be served as a hunk, leaving your guests to choose from the varying size of crumbs on offer. A good way of getting to know cheese that you have never tried is to buy a variety and serve them on a cheese-board with various nuts, quince paste (membrillo), wafers, biscuits or fruit.

When it comes to linking wine to a particular cheese, it can become too daunting to try and select the correct wine for every different type of cheese. There is no correct drink, it’s all just a matter of personal taste – so trust your own palate.  The fact is, anything can be drunk with cheese: White, red and rosé wine; beer is good too. In the north, in Asturias, cider is the drink of choice for many of their cheeses.  The point of the exercise is to try different types of Spanish cheese, and choose your drink according to how you view and taste the cheese. 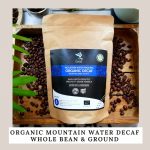